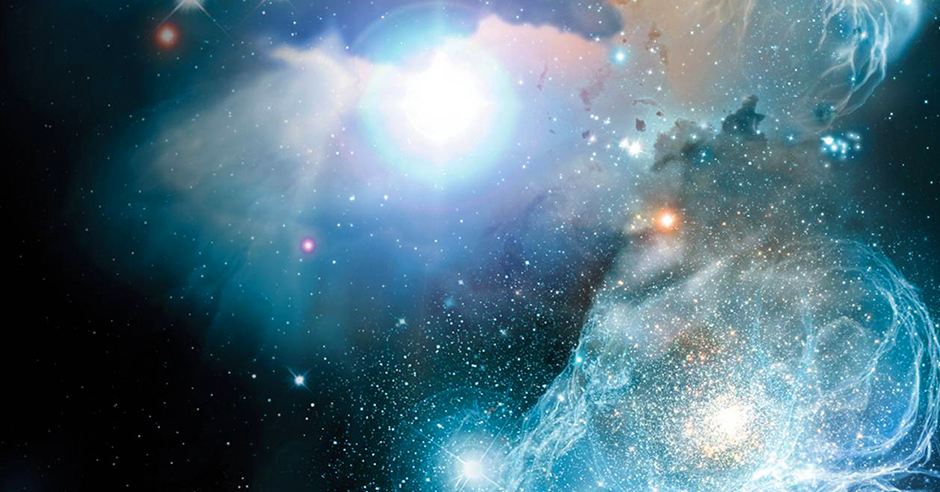 Returning to our Pleiadian Home. Part 8

QUESTION: Having read the answers that directly or indirectly refer to our origin on Earth I still do not quite understand, weather we represent some new hybrid type of consciousness or do we belong to eight original authentic civilizations who has participated in the experiment?

I was under impression that I explained quite clearly that the experiment, carried out more than 2 million years ago, was conducted under the auspices of the Pleiadian scientists. The purpose of the experiment is to search for a mechanism that, when introduced into plasma (4th -5th dimensions) and ray (5th -6th dimensions), Human Forms, will facilitate in solving the complex evolutionary development problem of our Collective Cosmic Intelligence at even higher vibration levels (7th -8th dimensionality). Therefore, all people who have intergraded differently on our planet, are further involved in the realization of the human type of consciousness, as our Creators conceived.

It is important to note that despite the fact that everyone you see around you is involved in the human type of development, most of them (praradarguts and “corrupimpryy” – they constitute approximately 36-40% of the entire current population), having fulfilled their lower-frequency tasks in the Collective human Consciousness, are on the edge of degradation and conversion into other types of consciousness. More than 25% of our current Collective Consciousness – are known as “praditallides” – these people are carriers of a diverse mental (logical-rational) basis, with quite stable dynamics in the direction of Human Characteristics (Intellect and Altruism).

Approximately the same number, 25% of the Earth's people – are known as “modosenti” - are carriers of diverse types of vital (emotional-sensuous) basis. These are essentially simply a peace-loving, kind, sympathetic and merciful people who does not possess advanced intellectual abilities, but who always express sympathy and compassion to all forms of life (people, animals, plants, etc.) without any specific motivations for it. At the same time, only 8-10% of people out of the entire general population on Earth – are known as “kapraffekty”, who consciously or unconsciously steadily following the development in Human type of Consciousness ("ALL-Love" + "ALL-Will").

Let me highlight the fact that these figures are indicated only for our current continuum, where the conditions for the expression (activity) of genes obtained from representatives of the two Pleiadian civilizations - from the planetary systems of Alcyone and the Pleione Stars, either were absent or were extremely unfavorable. Human Forms of Self-Consciousness, who, for a variety of reasons, could not find themselves existing in the most favorable epigenetic conditions beneficial for our development (with specific parameters of the Earth's electromagnetic field, radiation, temperature, atmospheric pressure, and so on), have gradually shifted into the “present” undeveloped continuums.

The most developed part of human beings, having conquered the Cosmos, has dissolved into the then existing Pleiadian civilizations more than one and a half million years ago, and then, continuing to develop in the human type, refocused into plasma and ray Forms. Less developed people, who in their existential scenarios underwent through other epigenetic factors, not so favorable for the expression of the Pleiadian genes, formed various other groups of human continuums, gradually developing and replenishing the ranks of not only the Pleiadian, but also the Siriusian civilizations.

We, as representatives of 8-10% of modern humanity (kapraffekty), remain in "temporal loops" (deviations from the optimal Collective Consciousness development vector) formed in Self-Consciousness of people as a result of the most unfavorable conditions for the expression of Pleiadian genes. What is common to all these people is that they vividly combine intellect and high sensuality, sentimentality (rationality and altruism), are not aggressive and peaceful (if they participate in wars and conflicts, it is mostly for the side, that protects justice); they are open and honest , are socially active and initiative, self-conscious and responsible (although many low-frequency qualities in their dynamics are also present in the background mode to a greater or lesser extent, due to still sufficiently powerful activity of lower-frequency consciousness levels).

The Earthlings, in whose genomes the signs of the other two Pleiadian civilizations (from the planetary systems of Electra and Allgssiya Stars) - have powerfully strengthened the mental component of our consciousness in relation to the Quality of "ALL-Will") are also part of these same 8-10% of the Earth’s population, while the aspects of the Quality " ALL-UNITY" has created a strategic potential for the development of their consciousness in conditions of 4th -5th dimensional range. In the most favorable scenarios (we have already "passed" them a long time ago), due to the strengthening of their strong-willed factor, these people - praditallides - along with sensuality, began to powerfully develop their Intellect. Thus, in their time they have conquered the Cosmos and gradually dissolved into the Pleiadian communities, comprising the most intelligent part of it (“elektars-portampl”).

In the least favorable scenarios, they represent the potential of scientists, intelligent and sensibly developed people (the above-mentioned 25%), not inclined to aggression and violence, stable in the Human type of consciousness, but "blurred" in terms of Intellect and Altruism manifestations and openly standing up against evil in any of its forms (corruption, dirty politics, shadow economy, mafia and terrorism, and the like). Due to their exceptional curiosity and strive for cognition, they continually deepen into various heterogeneous (nonhuman) development directions; however, the orientation towards the quality "ALL-Unity", inherent in their genome, does not allow them to stagnate the rate of their development to the state of degradation with possible transition into another type of consciousness (reptilian, plant-humanoid and others).

For this - is the destiny of "posthumous" refocusings of the predominant quantity of “pradarguts” and “korrupimpras” - beings, very similar in appearance to people (both men and women), but showing an unusually strong and steady tendencies towards rage and cruelty, aggression and vampirism, murder and violence. The former - are the initiators, organizers and instigators of various misanthropic plans and acts on the individual and mass scale, while the latter - blind and willing to commit to anything (even death and torture), accomplices.
These two categories of hidden, veiled and explicit nonhumans, demonstratively manifesting their hatred towards the human race, have now penetrated into all echelons of power, political, financial and security structures of virtually every country in the world. Their primary mission is aimed not only in the realization in the negative spectrum (through the most inferior human Consciousness levels), but at the total destruction (not enslavement, but rather complete annihilation!) of the entire human Race. There are more than 3 billion of their species on our planet, and they continue to arrive daily in batches of 7000-12000 individuals through their portals.

Who are they? These are representatives of the two, usually opposing technocratic civilizations, united for the fulfillment of this plan, of not very advanced, but much more complex than ours, development level. Usually, the korrupimpras are subordinated to cunning and treacherous pradarguts. Their origins are somewhere in the bowels of Star systems of the Orion Belt. Their closely cooperating “partners in crime” - are reptilians, who, just like them, populate our "individual" Forms of Self-Consciousness by means of ALL energy channels (there are twelve of them) of the first pair of IISSIIDI-Centers (psychoenergetic Centers of Human Consciousness) through our common Pure Cosmic Quality - "ALL-Will". The latter was very surprising to me, since a sufficiently high frequency of 10th through the 12th Channels should be powerfully discordant with their rough vibrations (although, probably, a sufficiently high intellect can help them to cope with this through our mutual Dominant Quality).

Unlike us, their corpuscular biological bodies are not carbon-based, but rather of a silicon-helium nature, with a large fraction of nitrogen and phosphorus, which can withstand temperatures from 120 to 270 degrees Celsius and unimaginable for us limits of radio and ultraviolet radiation. They appear to be void of gender characteristics; the front and back of their bodies have brown-black armor-shaped outgrowths, like bulletproof vests. Their height is approximately 3.5 meters (11 feet +), the skin is very thick and stiff, greenish-brown in color, with large pimples (like that of toads), covered with a thick layer of marsh mucus and no clothing. They have no neck; their legs are wide, as the continuation of their huge torso. There is no tail, but at the end of the forelimbs, there are many constantly moving thin tentacles of 15-30 cm in length, similar to the octopus, with which they very cleverly manipulate. Their skull is vividly oblong, conical, glabrous, covered with a variety of formations of various sizes.

They do not immediately infuse, but rather hide in the forests and mountains at night, then transform into plasma states, depart their lair and vibrationally select various human forms, which are more suitable for each of them. Connection to our Self-Consciousness (incubation period) lasts from two to three weeks to a year during which they fall into anabiosis, but periodically leave the donor for some of their needs (possibly for recharging). They are well aware of the approaching inversion-beam emission of solar plasma and the subsequent refocusing of all people (both “bad” and “good”) into other scenarios. They hope to withstand the parameters of radiation and temperature and remain masters on this planet; otherwise, they can easily arrange a nuclear Apocalypse. However, this, as I understood, is their last resort because it is very important for them to preserve our industrial and social resources: office complexes, factories, ships, houses and so on. Although, considering their height, it is unclear how do they intend to make use of all that?

There are clear signs of occurred merge - sharply increased aggressiveness, especially in rhetoric, irritability, exaggerated susceptibility, cynicism, a tendency to cruelty and violence, terror and murder, rudeness and callousness.

How to resist all this? I think that if the merging has not yet occurred, the stable high-vibration orientation of spiritually intellectual activity will not contribute to this; otherwise, they would not have spent such a long time choosing donors! However, if it has already happened, nobody will be able to liberate a human from this essence after the incubation period! Perhaps our Curators have allowed these beings to engage in violent contact with us since the publication of information regarding their detrimental merging can encourage many of the inert people to finally embark on the long-planned cardinal spiritual self-improvement. I suppose this - is a way to powerfully improve the quality of psychogenic generations of people who have not yet been enslaved on the eve of the forthcoming quantum transition. Why this became known so late? I myself only learned about this massive invasion through Deep Meditation few days ago! Let us not panic and do not forget that "Everything that there is, already exists, and is there for our own good!”. Perhaps, not everything is so dramatic.