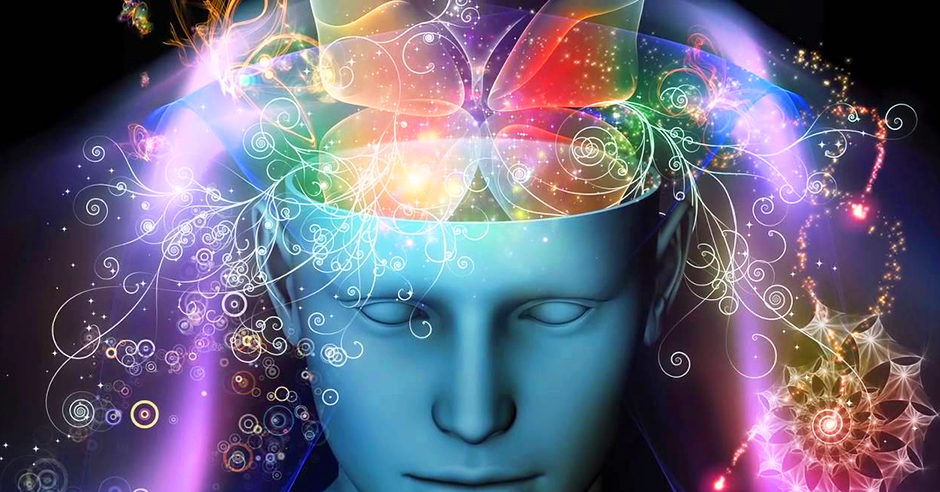 Immortality Conceptions. § 10.3.2.4. The basis of life experiences are "feeling" and "thought". About real Human Altruism and Intelligence

The basis of life experiences are "feeling" and "thought". Levels of manifestation of Aspects of Qualities «ALL-Will- of-ALL-Intelligence» ALL-Love-ALL-Wisdom» and the process of their synthesis in the" Creative Cosmic Potentiality ". Real Human Altruism and Intelligence.

10.0502 Here, I should especially note that absolutely all manifestations of the twelve Pure Cosmic Qualities may be relatively divided into three types more or less familiar to us from our emotional Experiences in Life which we define by such SFUURMM-Forms as “feeling” and “intellect”. There is also a third (intermediate) state which the majority of “people” know only from their internal sensations and which is not designated by any particular term.

10.0503 Lower levels of manifestation of the third state in our Lives can be compared with a short-lived, but very kindly and positive reaction of a scientist, explorer, or thinker who has finally succeeded in solving a complex problem or unraveling a mystery. At that instant, he experiences the deepest intellectual satisfaction, and sincerely feels unconditional Love for the entire World which he sees only in joyful and optimistic terms.

10.0504 This is the simplest example I can give of a very short-term real manifestation in our Self-Consciousness (as a result of transmutation) of single-level (identical in frequency) Synthesis of Intellect (realized Intelligence) with the highly altruistic Feeling (realized Love) which is common only to highly creative states and activities.

10.0505 I’d like to point out that of the entire Flow of Pure Qualities, approximately twenty-five percent of the Aspects we use in our life “manipulations” seem to be the same as what we call “feelings”. This is not the case, however, and that’s why what we experience as “feelings” don’t belong to Aspects of one of the two dominant Qualities of any LLUU-VVU-Form — ALL-Love-ALL-Wisdom.

10.0506 It’s very difficult to differentiate between them, but remember one thing: True Feeling is not passion, nor emotionality, nor hysteria, nor meticulousness, but a deep, internal and individual experience whether relative to something or somebody or without any association with anything. It’s not in the least mutual, and the degree of manifestation is not conditioned by any external relations or circumstances. This is a brief characterization of one of your two Dominants.

10.0507 Everything that deals with all possible “applied” demonstrations of your sensuousness, for example, such hard considerations as: “Is it right or wrong for me to feel this? Why do I need to feel this? Is the feeling mutual? Will what I feel do any harm? Maybe I love too much?” and other “what”, “how”, “why”, and “for what purpose” questions are “pseudo feelings” manifested by Creative Activity in your Self-Consciousness. They’re not anything like Aspects of ALL-Love-ALL-Wisdom.

10.0508 Aspects of the Quality ALL-Love-ALL-Wisdom may be (of course, to a high degree of conventionality) characterized as a creative manifestation of “pure sensuousness” which has been duvuyllerrtly transformed from “rude-sexual egocentricity” of lower Levels of INGLIMILISSA-IISSIIDI into altruistic experiences of one “personality” relative to another. Initiated by UU-VVU-copies of higher Levels of the same Center, sequentially (according to the degree and depth of implementation of inertial Synthesis) the Aspects transform first into highly-sensuous relations with all Forms of the World, and then into high-minded, spiritual, and harmonious feelings of the Hearty Unity with All, which the majority of “people” tend to regard subjectively as “Divine Love-Wisdom”.

10.0509 But you should understand that this subjective “Divinity” is represented only as “physical” Levels of manifestation of Aspects of this Quality, which don’t exceed vibrations of the third synthesized Level of AIGLLILLIAA- and ORLAAKTOR-IISSIIDI. Everything that manifests in structures of Self-Consciousness of STOOLL-VVU-Forms (khristal) and UOLD-VVU-Forms (mental) defies description, because, for the time being, SFUURMM-Forms of these experiences are completely absent in the frequency Configurations of the biological NUU-VVU-Forms focused by You now.

10.0510 The same is true of Aspects of the Quality ALL-Will-of-ALL-Intelligence. All of you equate Intellect with such unlike manifestations as expediency, businesslike character, constructiveness, rationality, scrupulousness, pedantry, high tech savvy, fidelity to principles, objectivity, cunning, deviousness, suspicion, high demands, responsibility and the like.

10.10511 But none of this is Intellect itself, only its practical applications. Someone creates an invention as a result of ingenuity or comes up with a neat theory by way of analysis and subsequent far-reaching conclusions. These are manifestations of intellect. Yes, creativity is hard, time-consuming, and exhausting, and it takes all the attention of “the personality”. Nevertheless, the process is pleasant and if “the personality” was deprived of the possibility to be absorbed in this, it would be unhappy.

10.0512 Once the process is finished, the task accomplished, conclusions are formulated, and it seems that it is time to rest, recuperate, and relax. But new ideas, new plans mature in the Self-Consciousness of the thinker. There is a drive to continue the intellectual creativity, to plunge again into logic, analysis and intuition.

10.0513 A scientist or philosopher who enjoys the process of mental creativity, abstract and logical thinking, who is only happy when he faces seemingly insoluble theoretical and practical problems and is unconcerned with what profit he will gain at the end, realizes and develops sequentially Aspects of the Quality ALL-Will-of-ALL-Intelligence in his Self-Consciousness. This is an intellectual Creative Activity.

10.0514 On the other hand, there are those who apply the results of someone else’s intellectual activity, and who are only interested in selling the application, the “product”, to the highest bidder. They may implement the results more quickly, favoring expedience over originality, file documents, control, check, review, and criticize (but not deeply and logically oppose!), overcome bureaucratic obstacles, produce, arrange, build, reconstruct. However, these “people” are occupied with the actualization of anything but Aspects of the Quality ALL-Will-of-ALL-Intelligence.

10.0515 So, we have briefly considered the two Dominants common to “human” LLUU-VVU-Forms. Aspects of three of the ten other recessive Qualities are close to one of the Dominants in some respect, Aspects of three other are close to the other, and the remaining two pairs will present as something in between, which manifest to a different extent in both as some degree of “sensuousness” and “intellectuality”.

10.0516 Unfortunately, as of yet, you interpret these conceptions (which in deed represent characteristics of the manifestation of impenetrably deeper creative dynamisms) only as separate and opposed dual aspects, in their subjective opposition to each other but not from the point of view of their deepest synthesis, because none of us, I’m sorry to say, are quite yet People, and the state of “Creative Cosmic POTENTIALITY” is not yet accessible to us.