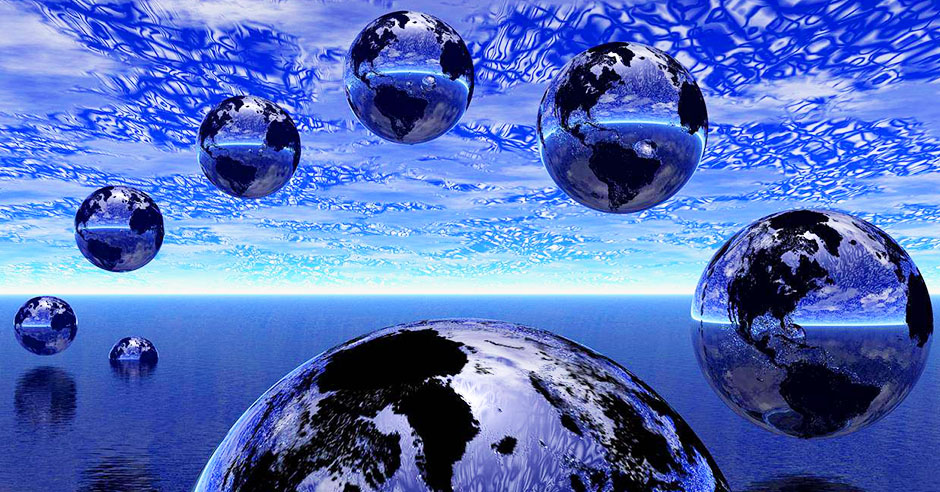 Immortality Conceptions. § 10.2.1.3. The principle of "simultaneity of existence of Everything". Its effect is Immortality

10.0326 Even the most scrupulous knowledge of all the processes of “dying” will not reveal anything to us, because when someone “dies”, we are faced with only the performance perfectly played before us — the Illusion of someone’s “Death”.

10.0327 Because it turns out that we, as “personalities” self-perceiving, self-aware, NEVER DIE but exist always and everywhere. We continue to be, whatever the subjective verdict pronounced over each of “our” former (now lifeless) bodies.

10.0328 We are not at all that which is represented by the body temporarily used by us. We — both all together and each individually — have always been alive, and will always continue to exist consciously on all Levels of the Self-Consciousness of each of our numerous Formo-Types, of each of the Stereo-Types of our Stereo-Forms.

10.0329 The notion of the single-moment existence of Everything, which I introduce in Iissiidiology, can be very approximately equated with the esoteric understanding of the “incarnation of Everything that ‘physically’ manifests Here and Now”, that is to say, in all multidimensional “points” of so-called “Existence”, and on all the innumerable Levels (which exist in parallel with it) of “Non-Existence” (it is perceived in its frequency range by its inhabitants as “Existence”, but our “Existence” is “Non-Existence” to them).

10.0330 We are initially simply DESTINED for Immortality, but in response to this statement each “human being” who perceives himself only as a particular “personality” will just claim: “Yes, I understand that all other people, maybe, are immortal, but still what will happen specifically to me? Where specifically will I be when I cease to be here?” This is probably the most important and vital question asked by each “human being”.

10.0331 And no matter how thoroughly I might describe all the “individual kinds of Death”, no matter how many details I might try to convey of the infinite diversity of “the afterlife” states that are very “specific” to each individual case, the phenomenon of “Death” and the unexplored, inconceivable to our limited mind, paradox of our eternal Life still continues to frighten “people” due to its undiscovered mystery and complete obscurity.

10.0332 Indeed, no “human being” can experience, till the very moment of “Death” any states he’ll perceive after a compulsory “extraction” (refocusing) from his habitual “physical” Form. Why? Because such states simply don’t exist!

10.0333 The one who kind of “dies” before the eyes of other “people”, “displaces” at the same moment in his Self-Consciousness into a slightly different (in frequency parameters) duvuyllerrt rotation Cycle and being instantly focused into Configurations of another NUU-VVU-Form (becomes it!) no longer perceives himself in the previous “deceased” body. He automatically continues to live on, without feeling and experiencing in any way what is felt and experienced at this very moment by the “people” around his former body who perceive this as a “real human Death”.

10.0334 We never — please believe me! — NEVER perceive our “Death” in any way, because we are always everywhere, in the entire aggregate of our Formo-Types and Stereo-Types (“physically incarnated personalities”) that structure them, and we exist at any moment as absolutely independent Creative Units which individually perceive themselves only in distinct quality ranges of Energy-Plasma.