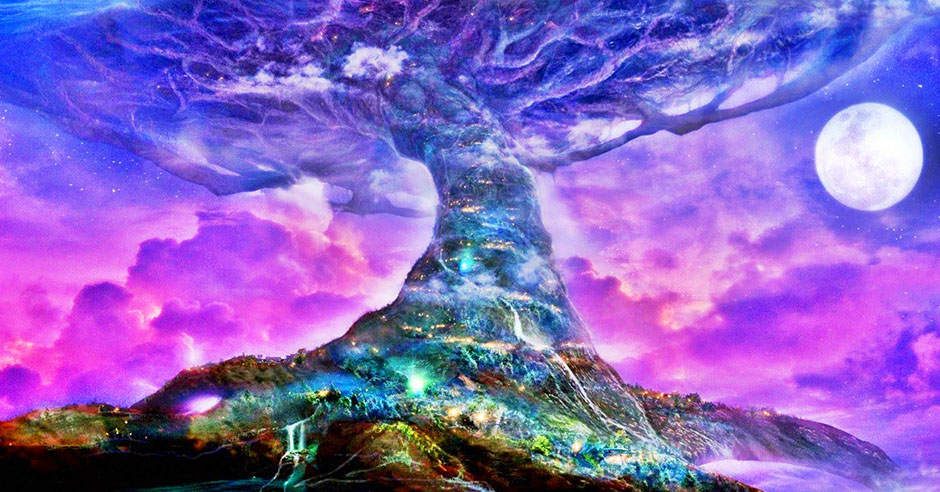 Immortality Conceptions. § 10.3.1.4. Exchange of experience between the human formo-types and the Proto-Forms through subconscious and superconsciousnes

10.0415 When in the life creativity of a given “personality” the depth of a duvuyllerrt frequency “displacement” of UFS into structures of Self-Consciousness of other Forms of Collective Intelligences reaches a definite critical rate of qualitative dominance of Aspects of a certain background Quality over one of existing Dominants, the following happens. During one of the Form-changes (“Death of the personality”), there is kind of “an upload” of all the Information from the temporal ethereal constituent of this “personality” into “the combined Consciousness of the former human” Stereo-Form and a complete switch-over of Self-Consciousness to the temporal ethereal constituent that belongs to “a newly-born” Formo-Type of “a nonhuman” type of Collective Intelligence.

10.0416 During this process, the Experience of all UU-VVU-copies (and SFUURMM-Forms formed by them as subjective Conceptions of this “personality” as “a human being”) is instantaneously transmitted into “chakram structures” of all other Formo-Types of this LLUU-VVU.

10.0417 This happens because “human” SFUURMM-Forms (even when they’re strongly distorted due to the gradual frequency “displacement” of creative dynamics in a specific qualitative Direction) have characteristic differences from Conceptions synthesized by energy-information structures of the Self-Consciousness of other Forms of Collective Intelligences. This is true even if they’re synthesized from Energy-Plasma of one and the same diapason of dimensions!

10.0418 At this stage — from the moment of the final withdrawal of particular dynamics of the Focus of Creative Activity (which determines each specific state of Our UFS) from the Sphere of Creativity of LLUU-VVU-Forms and from the beginning of a new rotation Cycle of refocusings in the Sphere of Creativity of Forms of another type of Collective Intelligence — the Process of the conscious “personality’s” focusing in “realization niches” of OLLAKT- and DRUOTMM-systems formed by UU-VVU-copies of “the former human personality” completely stops.

10.0419 The entire Experience, which has been synthesized during a particular “human” Life, becomes accessible to the individual only on Levels of the Subconsciousness or the Supraconsciousness when it inertially focuses (exists) in “a nonhuman” Form,

10.0420 The same thing happens in our present “human” structures of Self-Consciousness. The entire Experience accumulated by Our UFS during simultaneous focusing, not only in NUU-VVU, but also in Forms of other types of Collective Intelligences, becomes a natural part of our Subconsciousness (or our “unconscious” Levels). The Subconsciousness, then, being synthesized with the activity of specific SFUURMM-Forms (and UU-VVU-copies formed by them) of our two lower IISSIIDI-Centers, forms all Archetypes of fears and horrors, perverted Thoughts (in “human” Perception!), passions, and Desires common to many Forms of other types of Collective Intelligences.