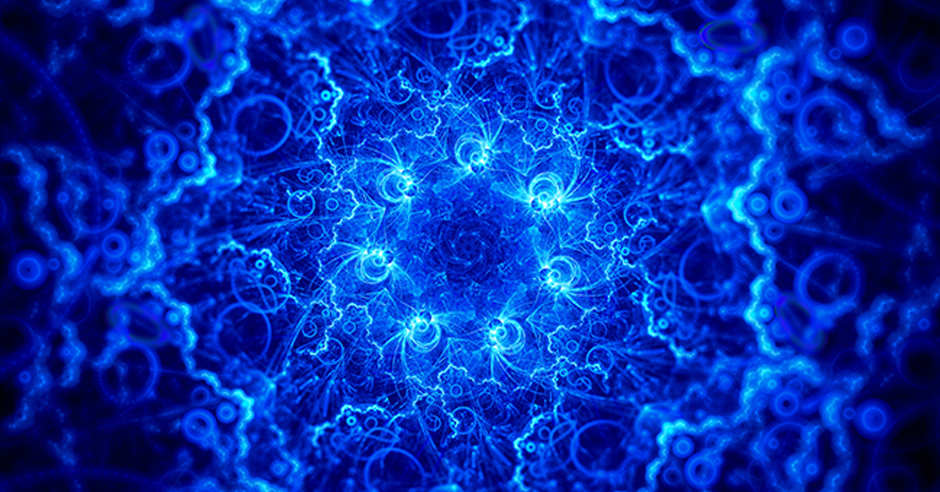 The essence of irrkogliktivno-eglleroliftivnoy Information Initiation is an activation of skunkktsionalnyh interconnections.
The ramifications of the multibillion and multi-trillion orders. Merkavgnatsiya is a consequence of irrkogliktivnoy initiation. Energy Formation.The full set of SSS-fragments is Clear Cosmic Qualities.

1.0429 As far as I understand, the Meaning of irrkoglictive-eglleroliftive Initiation of Information is to activate in Its skunkktional interconnections those orders which, owing to extreme diversity of their typical features, reflect weakly manifested (in Its usual State) imperceptible and cruvursorrt possibilities. The possibilities that are slightly used or unused at all in the balanced State form the basis of the dissonational state («inside» each of SSS-fragment) that appears during the irrkoglictive-eglleroliftive Initiation (for one notional Instant!). That is, the activation of not quite typical potential interconnections in each r-Configuration that are characteristic of its skunkktional «ramifications» of multibillionth and multitrillionth orders introduces a certain «excessive» (usually untypical) information potential of imperceptible and cruvursorrt interconnections into its balanced state; as a result, there seems to appear a certain disorder in its characteristic features.

1.0430 The new information potential which is much less stable for this r-Configuration than its own liyllusceeve interconnections up to several-millionth orders can just for a very short Instant «suppress» the tendencies of some already existing interconnections that transform into a realizational Potential (to this r-Configuration!) that provides its return to its usual state of liyllusceeveness. Since «the suppressed» interconnections are most stable, the Mechanism of internal stabilization of the r-Configuration immediately «returns» everything into its previous state. Nonetheless, this one brief qualitative «shift» in each SSS-fragment is enough to provide an infinite simultaneous subjective Existence of all «projections» of the Universal Self-Consciousness of the SSS-Entity that was formed during this process.

1.0431 I called this «instantaneous» individual state of every r-Configuration «an intra-information compensating shift» or mercavgnation, as a result of which, in each r-Configuration, there is a seeming release (and immediate restoration!) of certain potential interconnections typical of it. This «compensating shift» provided by «a charge» of the irrkoglictive and eglleroliftive Impulse-Potentials is the information basis of the dissonational state inside Information that represents the main Reason of manifestation of such «internal» kinds of Information as Energy-Plasma, Self-Consciousness, Focuses of Energy, Rezomirals, and the Focus Dynamics generated by them (all possible effects of manifestation of Space and Time).

1.0432 You should remember well that any heterogeneous fragment of Information has its own reconverstive Configuration and constantly is in a balanced state relative to all other SSS-fragments, and at the moment of irrkoglictive-eglleroliftive Initiation it manifests, in the formed Macrocosmos — through the Focus Dynamics of the SSS-Entity’s Self-Consciousness — all properties of slloogrentness: it potentially — through absolutely all interconnections at all qualitative Levels — reflects and preserves all properties of Information inside itself not losing its individual features. In other words, any part of its individually formed Essence (a feature formed by its liyllusceeve skunkktional interconnections) also «contains» (seemingly «knows,» «remembers») «projections» of all other informational interconnections (both covarllert and imperceptible, and even inactive, cruvursorrt ones). This is why no fragment can be subject to a discrete subjective consideration, because inconceivably (due to the continuity and absolute constancy of informational interconnections «inside» the SSS-Entity), through the r-Configuration of each fragment, there is a potential reflection of properties of all other heterogeneous fragments.

1.0433 We endow them with discrete, that is, seemingly completely isolated characteristics (from all other manifestations) due to dividing, differentiating properties of our currently-typical systems of subjective Perception that determine the entire specific character of the Focus Dynamics of our Self-Consciousnesses Forms. In order to avoid erroneous Conceptions, you should never consider properties of Information as individual characteristics of Its «separate» fragments, because there is simply no such phenomenon. When I say that we involve a certain «number» of new information fragments into the Focus Dynamics I mean their ready synthetic combinations that are previously modeled somehow and covarllert relative to the SFUURMM-Forms that structure our Focus Dynamics. There simply cannot be any manifestation Forms that are unsynthesized to some extent — whether it is Information or Energy — in our Focus Dynamics! Therefore, from now on, considering the Focus Dynamics, I will mean not «isolated» heterogeneous fragments, but their combinations with other SSS-fragments already synthesized to some extent.

1.0434 Consequently, any type of Energy «originates» in the Focus Dynamics of the Macrocosmos as a local manifestation of dissonation that appeared in skunkktional interconnections that structure each reconverstive Configuration of SSS-fragments as a result of mercavgnation whose Primary Cause of manifestation in Information is the irrkoglictive Initiation, and its main Result is the eglleroliftive Reaction of Information expressed as aspiration of skunkktions in each r-Configuration to return into their «initially» typical, balanced State. Looking ahead of the subject (much more details of this question are provided in the next volumes), I would like to note that I notionally categorized an absolutely complete set of SSS-fragments according to certain subjective Features into twelve main heterogeneous Features of Information that duvuyllerrtly-diffuzgently transit into each other; I defined them as Pure Cosmic Qualities (LIIY-FFMI-LLI). SSS-fragments that represent each of these 12 groups have certain unique features (heterogeneous characteristics, specific properties) that are either not characteristic of info-fragments of any of the other eleven PCQ, or are manifested in them in a much lesser degree. At the next level of internal differentiation of each PCQ, there is a nominal division of its entire typical set of info-fragments into an absolutely subjective «number» — 1728 (12 x 12 x 12 = 1728) of specific unique groups, which we define as Quality Aspects: each set of info-fragments that belong to one Aspect has its unique features that distinguish it from sets of info-fragments characteristic of other Aspects.

1.0435 We can continue this notional process of differentiation-classification of info-fragments according to certain features until we achieve the level of organization of narrowly-specific interconnections (skunkktions) in each info-fragment. It is important to understand that, in the notionally formed classification scheme of SSS-fragments of Information, each fragment «is fixed to» a definite set of skunkktions (features) that will allow us, although extremely subjectively (that is, only from our human point of view), to identify it as belonging to a certain Pure Quality (Aspect, sub-Aspect, sub-sub-Aspect, and so on). For example, we can identify such feature as «mentality» (rationality, intellectuality) only with the PCQ ALL-Will-of-ALL-Intelligence typical of our two-dominant Synthesis Scheme (although, again, five other PCQ also have similar but heterogeneous «mental» characteristics), and we can associate the feature of «vitality» (sensuousness, emotionality) only with the PCQ ALL-Love-ALL-Wisdom (although five more PCQ have similar but heterogeneous «vital» characteristics).