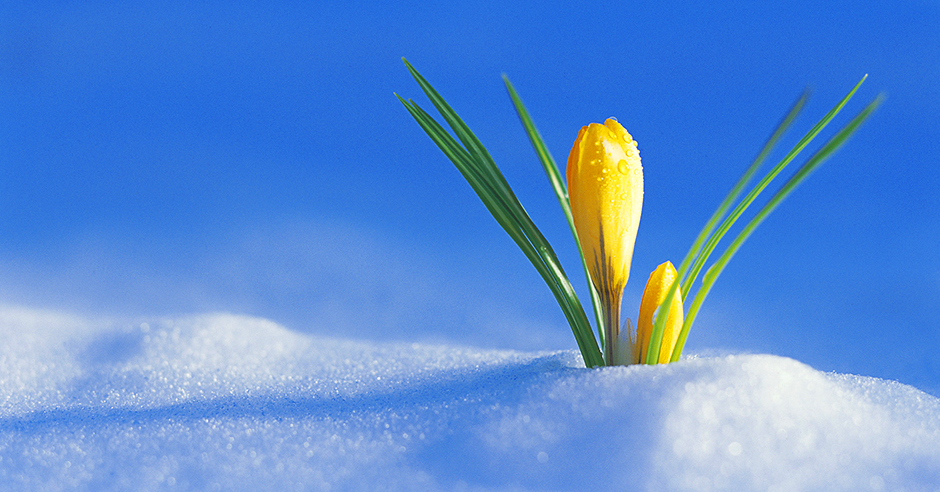 This is adopted English translations of Iissiidiology. Immortality is accessible to everyone. Volume 12

12.14286 Typically, global (planetary) "inversion-ray refocusings" occur just before the implementation of a planetary cataclysm, after which in a variety of "tragic scenarios of the collective human Consciousness" comes a very long period, allowing all biological forms (every one of us!), continuing in this inertial period to focus in low-quality НУУ-ВВУ {NUU-VVU}-Configurations (as well as other Proto-Forms Entities), maximally realize the vital existential potential on egoistic levels of Self-Consciousness, and provided to this, consistently complete all the "inter-aspect" and "by-aspect" processes of one Quality - Synthesis, which are necessary for the implementation of all stages of inter-quality Synthesis throughout all the active levels of "individual" Self-Consciousness.

12.14287 The most distrustful of you will blame me for an excessive presumptuousness, however I will disclose the following information nevertheless, since understanding of this concept is very important for your self-determination: throughout all "scenarios", where catastrophes of this magnitude are soon to occur, knowledge of Iissiidiology is provided with intended purpose of serving as a kind of detailed instructions for those, who in their daily choices are largely focusing not onto the qualities of sheer ambition and conservatism, but rather onto deeply synthesized СФУУРММ {SFUURMM}-Forms of high-frequency УУ-ВВУ {UU-VVU}-conglomerates and ФЛУУ-ВВУ {FLUU-VVU}-Modules, cultivating in the dynamics of Self-Consciousness Form-Creators highly intellectual logic and Intuition, "projected" for them by Creators - "Curators" of the Collective Subconscious.

12.14288 Why "inversion-ray refocusings" precede the main cataclysm? That is to allow the "people", whose Form-Creators of the brain has not yet stabilized by means of their "FCA" - "FDR – (Focus of Dual Reflection") dynamics within НУУЛЛ-ВВУ {NUULL-VVU}-Configurations, but who has a strong tendency to develop in this direction, even before the imminent planetary cataclysm, purposefully (i.e. rapidly, consciously and gradually transmuting in their choices of not yet synthesized Aspects of the two of our primary Dominant Qualities) to refocus into the World Form-Systems, largely corresponding to their highest aspirations and best understanding of who they are, using intuitive experience of others, who have already refocused literally before them. Therefore, an ample amount of time, needed for the accommodation of the period between the global "inversion-ray refocusing" and the very fact of the planetary cataclysm, is allotted.

12.14289 Many of the "people" (of course, it will be "unconscious" representatives of “anti-World”!) in the coming years (this Volume was published in 2011 – translator’s note), will try to rekindle the chaotic and destructive tendencies in society through various media sources by publishing the information regarding the approach of terrible disasters, the death of an entire "humankind", planetary catastrophe and the "Judgment Day", warnings of which can be found in the Book of Revelations or Apocalypse, attributed to John the Theologian - the beloved disciple of Jesus Christ. Firstly, I can assure you that in this ancient apocalyptic prophecy, written in the mid-end of the first century AD, there are no words that would, one way or another, express the meaning, incased by us in such subjective concept as the "doomsday”. The book of Revelations concludes by pointing out that the victory of God over sin will crown the process of confrontation of Forces of Light over the Forces of Darkness on Earth and following the Apocalypse God will dwell among the people.

12.14290 Mankind will not disappear after the events that we tend to identify as "the end of the world"; the only thing awaiting us –is “death” of in our own Self-Consciousness of inferior, vicious and materialistic, followed by a rebirth in a new luminous World: "... And I saw a new heaven and a new earth, for the first heaven and the first earth had been gone .... "Then, "... God shall wipe away every tear from their eyes, and death will be no more; any mourning, or crying, or pain will cease, for the former things have passed ... " (The book of Revelations). It does not talk about death of the Earth or death of the people here, but rather about their sudden and radical qualitative change! "... And he that sat upon the throne said, Behold, I make all things new. And he said to me, it happened! I am Alpha and Omega, the beginning and the end; thirsty I will give from the spring of living water. He who overcomes will inherit all this, and I will be his God and he shall be my son. But the fearful, and unbelieving, and the abominable, and murderers, and fornicators, and sorcerers, and idolaters, and all liars in the lake that burns with fire and brimstone ... ". And the coming of Christ (i.e. the unconditional love between all the people) will be seen by all in different parts of the world "like lightning from east to west". It says: "... Do not be afraid of what you are about to suffer ... I will give you the crown of life; {already} overcomes shall not be hurt by the second death. Rise up and measure the temple of God and the altar and those who worship him ... ".

12.14291 It is evident, that here the IISSIIDI-Centers are implied, Form-Creators of which vibrationally organize (i.e. "resonantly" select from the entire set of options of "skrruullerrt system") in the informational "space" of any Consciousness, of specific quality dynamics of not only the surrounding ("external") World, but also all the internal processes. "... And the outer court of the temple leave out, without measuring it, for it is given unto the Gentiles: and they will trample the holy city for forty-two months. And if the Lord had not shortened those days, no flesh should be saved: but for the sake of the elected, whom he chose, he shortened these days. And there shall be no curse ... ". And further: "... But of that day or hour no one knows, neither the angels in heaven, nor the Son, but the Father ...". And yet one more excerpt I want to draw your attention to: "... Take heed that ye be not deceived; For many will come in my name, and say, "I am the Jesus Christ”, and shall deceive many. Do not go after them ... Look not dismayed; for all these things to be before ... But take heed to yourselves ... ". All of us to varying degrees and at different times, will have to go through spiritual and intellectual revival that in synthesis dynamics of Form-Creators of the two inferior Centers is expressed as an extreme aggravation in Self-Consciousness of the obsolete and the newest Perceptions, as a powerful spiritual and intellectual catharsis - purification through tremendous stress, through the maximal exacerbation of more profound "inner" human Essence with the egocentric needs and limited preferences of the biological Form, vibrationally manifesting Us in wave range of the given World Form-Systems.

12.14292 So, my dear friends, I beg of you: do not fall for any of these screams and hysterics! In our positively constructed World Form-Systems, in our intellectually-altruistically developing "scenarios", where Ayfaarians and all others, who have chosen Iissiidiology as the primary criteria for their existential Objectives and Choices, everything will be non-dramatic and non-tragic: after all - absolutely everything in our inertial soluble Worlds is subject to our own Will! And those of you who DO NOT succumb to the general panic, which will cover 50% - 70% of the world population; those of you, whose Self-Consciousness is filled with the latest and the most qualitative for this Reality СФУУРММ {SFUURMM}-Forms of Iissiidiology; Those of you who are already just tired of fighting with bleak ignorance of the general public, indescribable stupidity of the officials, insurmountable stubbornness of scientists, seemingly indestructible bureaucracy and invincible corruption, state aggression and political brutality, lawlessness and violence in the most sophisticated of forms - all of you, considering that you sustain once undertaken rhythm of higher frequency dynamics of your Beliefs and Aspirations, automatically and unnoticeably to yourselves immediately become - without the slightest interruption of synthesis processes in the highest levels of Consciousness of your НУУ-ВВУ {NUU-VVU}-Forms! – part of a much higher qualitative slloogrent Configurations, and will naturally experience yourselves as participants of completely new, more refined World Form-Systems, finally freeing your "Focus of Creative Activity” (FCA) of the inhibiting influence of the most inferior Form-Copies of your "individual" ODS.

12.14293 Most of your newly acquired bio-plasma НУУЛЛ-ВВУ {NUULL-VVU}-Forms from the dynamics of the two lower Centers, will still have the Creative Activity of biological Form-Creators of only the 12th synthesis "karmic Channel" (plus high biological Form-Creators will also have 11th ДУУ-ЛЛИ {DUU-LLI}, harmonically correlating with the activities of Form-Creators of 1-8th synthesis ДУУ-ЛЛИ {DUU-LLI} ОРЛААКТОР {ORLAAKTOR} and АИГЛЛИЛЛИАА {AIGLLILLIAA}. That means that externally we will still have biological forms, however their properties will be incomparably greater than the properties of the current most famous "psychics" as the foundation of the entire creativity of your life will no longer include primitive Form Copies of the ODS, but much more versatile and developed "personalized” ФЛУУ-ВВУ {FLUU-VVU}-duplicates of ФЛУУ-ВВУ {FLUU-VVU}-Complexes. Everyone, currently dreaming about it of more than anything in the world will have a real opportunity to realize this dream. As for me – I will finally acquire my familiar Form in beloved Worlds, structured by 144 thousand of Ayfaars – wonderful "Cities of Light of Knowledge”.

12.14294 That is my biggest dream for the next 50-100 years, implying the construction of Ayfaars on various planets as well. I call for everyone who wants to participate in the implementation of this Idea! Please join me! Enough of drifting and skidding! Ahead of us, there is an ETERNITY of truly Immortal Existence and the entire multidimensional Infinity of Space!