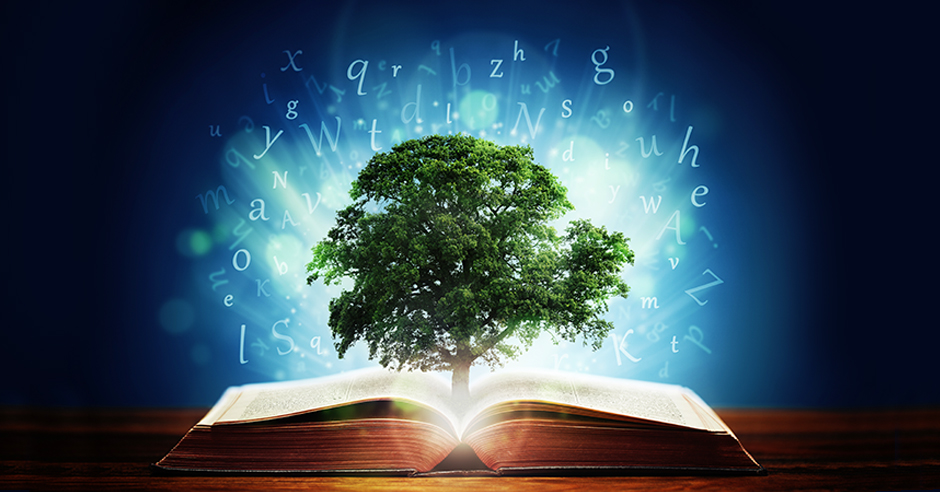 § 1.2.3.4. The mechanism of SFUURMM-Forms formation on the example of sentences from the letters and numbers of different alphabet

The mechanism of SFUURMM-Forms formation on the example of sentences from the letters and numbers of different alphabets. Self-Consciousness is a type birvulyartnost. Connection of Focuses with DNA Formo-Creators.

1.0363 Nonetheless, based on the above information, it might be still unclear to you what exactly the Configurations of heterogeneous information fragments represent and how exactly the complex-configuration combinations of our subjective Conceptions, or SFUURMM-Forms are formed, which, according to scientists, are generated in the brain? Without a deep understanding of this process it is simply impossible to imagine how all our thoughts, feelings, and experience «appear» and motivate all our actions and decisions. In order to adapt this process to the specific character of a typical human Perception system, let’s imagine that a minimum resonational combination of Configurations of heterogeneous information fragments that can be at least somehow reflected in the specific conditions of Space-Time typical of our «current» Self-Consciousnesses Forms (the quantum-molecular level of the 3-4-dimensional diapason) «is formed» as a series of natural numbers and letters in all alphabets of different languages.

1.0364. The numbers are easy to understand — there are just ten of them (0, 1, 2, …, 8, 9), although they can be written in different ways (Latin, Greek, Arabic, and others), but letters (hieroglyphs, consonantal writing, syllabic writing, Abugida or consonantal-syllabic writing, Tai Lü language, letter-like symbols, and so on) are much harder to understand, because the same meaning is differently expressed in writing by different nations. This is even more convenient in our case, because each detail of a notionally imagined Configuration of the main feature of Self-Consciousness — Information — potentially includes a certain meaning (value, characteristics, parameter) typical of one of the twelve Pure Cosmic Qualities and expressed by a combination of certain symbols.

1.0365. Therefore, it is possible to show a Configuration of each SFUURMM-Form that are arbitrarily or intentionally manifested in the information space of our Self-Consciousness Form and that subjectively reflect various covarllert combinations of heterogeneous fragmented Information (elementary Thoughts and Feelings — IISSTLLII and AAYLLII), in the form of a series of symbols combined in a certain manner; the thinking-feeling process can be expressed as infinite quantum sequences (adeles) of these symbols whose increasingly-more-complex Configurations structure all the slloogrentness of the quantum diapason of manifestation of SFUURMM-Forms in the information space of Self-Consciousness. Quantum features, which we subjectively interpret as «mentality,» «rationality,» «intellectuality,» may be better reflected through all possible combinations of numbers, while features of «vitality» (sensuousness, emotionality) may be expressed by all the configurational diversity of letters and symbols characteristic of many alphabets.

1.0366. Let’s consider an example with the subjective Conception of «clear sky.» Here, the fragmentary Information (UU-VVU-Form) which people express by the word «clear» («clarity»), depending on some protoformal tendencies (Directions) that predominate in «a personality’s» Focus Dynamics, can be expressed in the information structure of Self-Consciousness with the help of virtual analogs of the following series of symbolic sequences, where each symbol designates a peculiar code that provides the Focus Dynamics with an access to corresponding features that are at least somehow related with realization of this Information. Take notice that each symbol is not the fragment itself but a peculiar «fractal focal point» of a huge set of combinations of covarllert (to each other) heterogeneous fragments united by one Meaning:

1.0367. Different-qualitative subjective Conceptions associated in different protoformal Directions with the word «sky» can also be expressed by the following peculiar series of symbols:

Therefore, depending on predominance of some Directions in the Form-Creators’ Focus Dynamics, the SFUURMM-Form «clear sky» may be subjectively expressed in this Self-Consciousness Form as a combination of the following covarllert features: A + ZH; B + Z; V + I; G + K; D + L; E + M, and so on.

1.0368. The number of such narrowly-specific combinations of UU-VVU-Forms simultaneously (potentially) manifested in the information space of Self-Consciousness may equal the number of protoformal Directions represented through corresponding Form-Creators during subjective «unpacking» of each SFUURMM-Form. This is why sensations (feelings) that appear in the form of individual psychological reactions during «unpacking» of seemingly the same (in meaning) content (data) are completely different for different «personalities.» Since the psycho-mental process never stops in the Self-Consciousness, absolutely all versions of the slloogrent Focus Dynamics that simultaneously resonationally manipulate an infinite set of heterogeneous combinations of fragmented Information in the information space of Self-Consciousness can be expressed through an abstract image of multidispersed «spheroidicity,» where each «particle» represents one of heterogeneous information fragments whose Configurations instantaneously-simultaneously structure all the slloogrentness of Energy-Plasma*.

1.0369. Depending on the Synthesis Scheme included in a given Self-Consciousness Form, the general «picture» of all this «multidispersed state of information» will include strictly-definite energoinformational interconnections that continuously become activated between Form-Creators and reflect only that birvulyarity type in which they resonationally participate in this «point» of Space-Time as Focuses of qualitative dominance features that are slloogrently realized by the Form-Creators. Such a general, abstract «picture» of heterogeneous focal interconnections represents just one of possible versions of symbolic reflection of the mysterious and yet-completely-incomprehensible (to scientists) Mechanism (State), which is hidden behind such our common definitions as «Self-Consciousness» and «a Self-Consciousness Form.»

1.0370. Now you know that we use the term «Self-Consciousness» to subjectively interpret a certain birvulyarity type — a Universal Scheme of inter-Qualitative Synthesis. For example, in duvuyllerrt groups of «human» Continuums of the Planetary Entity GREIYSLIISS that structure the 3-4-dimensional manifestation diapason, each birvulyarity type is manifested through characteristic Focus Dynamics of Self-Consciousness Form-Creators of all possible biological and nonbiological analogs of different-qualitative Form-Types (Stereo-Forms). Depending on a protoformal directivity, mechanisms of creative realization of all potential energoinformational possibilities of a Self-Consciousness may be completely different.

1.0371. For example, for biological Self-Consciousnesses Forms, such a molecular «decoder» (quantum adapter that resonationally deciphers necessary information fragments, adapts them to already existing SFUURMM-Forms, and performs the reaction-based qualitative Synthesis of new Conceptions) is represented by all possible kinds and types of DNA-RNA-complexes. Quantum-level Form-Creators of these biological complexes that are distributed in each cell of the biological organism through specific genome combinations of «chromosome sets» are true initiators and coordinators of all the «current» Focus Dynamics performed every single moment on the quantum level in each biological Self-Consciousness Form. Exactly owing to particular features of this narrowly-specific quantum effect, all possible atomic-molecular complexes, which we call «a biological organism,» are modeled in a definite sequence and initiated in a certain order for their manifestation.

1.0372. The total quantum spectrum of the Form-Creators’ Focus Dynamics of these DNA-RNA-complexes that structure all cells of an organism forms a joint realization field of activity of many bio-Creators that represent different Proto-Forms (the quantum-level collective Consciousness of all cells); and the main atomic-molecular «receiving-retransmitting mechanism» of their incessant energoinformational interconnections with all other Focuses of Self-Consciousnesses that represent various types of Collective Cosmic Intelligences in these manifestation conditions includes the most synthesized wave-type Configurations of the brain Form-Creators whose Focuses are functionally (that is, resonationally, in accordance with Energy-Information that structures them) tuned to a specific frequency of wave oscillations of atomic-molecular structures in DNA-RNA-complexes within cells of each area of the brain.

1.0373. These bio-Creators that are the most experienced ones for this Configuration perform the role of initiators of psycho-mental reactions of «a personality» to external and internal irritants. Form-Creators of electrons that structure the atomic-molecular system of neuronal-synaptic connections perform the role of energy carriers of fragmentary Information inside Self-Consciousness (subjective self-transformation through the focus diversification of the Information in the information space from slloogrent Configurations of UU-VVU-Forms and its resonational combination into all particular SFUURMM-Forms of the individual ODS of this «personalized» Interpretation’s Form).

1.0374. They (Form-Creators of electrons in sensory neurons) directly provide the electric transmission of nerve impulses from receptors to the central nervous system (CNS), from sensory neurons of CNS to executive organs (electrons’ Form-Creators of motor neurons) and unite Energy-Information of Form-Creators of DNA-RNA-complexes of slightly different nerve cells (internuncial neurons). All the molecular complexity and diversity of the Form-Creators’ functions in the nervous system of any biological Self-Consciousness Form are determined by the efficiency of resonational focus interactions between all electrons’ Form-Creators of neurons whose functional activity we subjectively perceive (through instrument data) as a peculiar set of various signals generated and transmitted during wave-type interaction between neurons (or between muscles and glands) with the help of Form-Creators that carry an electric charge.