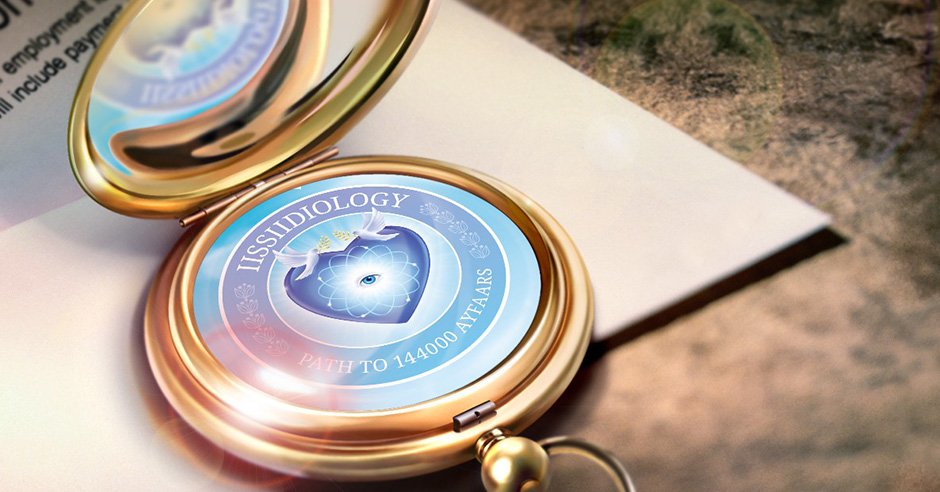 § 1.2.1.1. Iissiidiology puts all the modern concepts about consciousness in their place

How Consciousness is described now in philosophical, sociological and psychological views. IISSIIDIOLOGY puts all the concepts in their places. Features of Energy-Plasma. SFUURMM-forms have energy-potential which creates the form and geometry of space. Self-consciousness is universal and not related to the dimension. The "personal" self-consciousness doesn’t have a form..

1.0254 What is Consciousness? In currently recognized philosophical, sociological, and psychological conceptions, this is one of fundamental notions that defines «a human ability of ideal reproduction of reality in thinking» or «the highest form of psychological reflection typical of a socially-developed human being that is connected with speech and represents an ideal side of telic activity.» In some definitions from the Internet, consciousness is considered as «a form through which objective reality is reflected in human psychology»; moreover, it is assumed that «an intermediate link between objective reality and consciousness is represented by elements of social-and-historical practice that allow to create objective (generally accepted) pictures of the world.» It is also commonly supposed that consciousness acts in two forms: individual (personal) and social.

1.0256 As you see there are very many definitions of Consciousness and Self-Consciousness, nonetheless, all of them just differently interpret the multisided manifestation of this phenomenon, and none of them reveals its main Essence in any way: What is Consciousness or Self-Consciousness? Where is it «located»? How is it represented in the outer reality and with which purpose it manifests in each particular case? How does it function inside itself and with other similar structures? Does it have any structure at all? If it does, then what are its component parts and how does it interact with the brain and its analogs in insects, protozoa, microorganisms, and plants? Although there are many definitions and conceptions of Consciousness in the human community, they do not answer numerous serious questions. Modern sciences (including philosophy and psychology) have not yet given a meaningful and convincing response to any of them. Moreover, up to now, scientists have not managed to find out one main point: whether Self-Consciousness is associated with the brain or represents a certain independent realization model of intelligence reflection that uses the brain functionality just as a particular mechanism for its individual manifestation. In contrast, IISSIIDIOLOGY sets everything in its place.

1.0257 All the next books of «IISSIIDIOLOGY. Fundamentals» and several large chapters in «Commentaries to Fundamentals» are completely dedicated to a detailed description of all Self-Consciousness structures organized by Form-Creators (the twelve IISSIIDI Centers and interconnections that unite all of them), therefore, I am not going to give full details now and will only state some general Conceptions of Self-Consciousness and its functions. For a better understanding of this matter, let me remind you what Energy-Plasma includes. In a few words (you will find very detailed descriptions of Its Essence further in this text), Energy-Plasma is structured by slloogrent Configurations of an infinite set of information fragments, each of which has the universal ability to simultaneously combine with many other fragments and form — in each particular case — completely unique (in their Essence) complex-configuration information combinations or SFUURMM-Forms (subjective Conceptions).

1.0258 A distinctive feature of each such SFUURMM-Form is that in addition to its unique individual information composition (content), it also has a certain Energy Potential that stably holds, fixes — that is, focuses! — all information fragments of this combination together. The Potential’s specific parameters endow the whole heterogeneous Configuration of Information fragmented in a certain manner with the property that is extremely important to us — a Form («curvature,» «geometry») that represents the main manifestation mechanism of any heterogeneous Information in Space-Time (similar to the notion «Minkowski space» — metric space obtained from finite-dimensional normalized space with a distance function).

1.0259 The Configurations of information fragments that specifically combine with each other and the Principle of focus (that is, mutually-determined, mutually-interested, interdependent, and so on) interconnections created by them provide every resonational point of Space-Time manifestation with unique metric characteristics and properties (dimension type, energy parameters, Information density in a volume of a Form’s manifestation, and so on). This means that each object of the outer reality represents a certain set (a sum of specific qualitative combinations) of Focuses of fragmented Energy-Information that have different-qualitative interconnections with each other through their typical Interests (a high degree of covarllertness and liyllusceeveness).