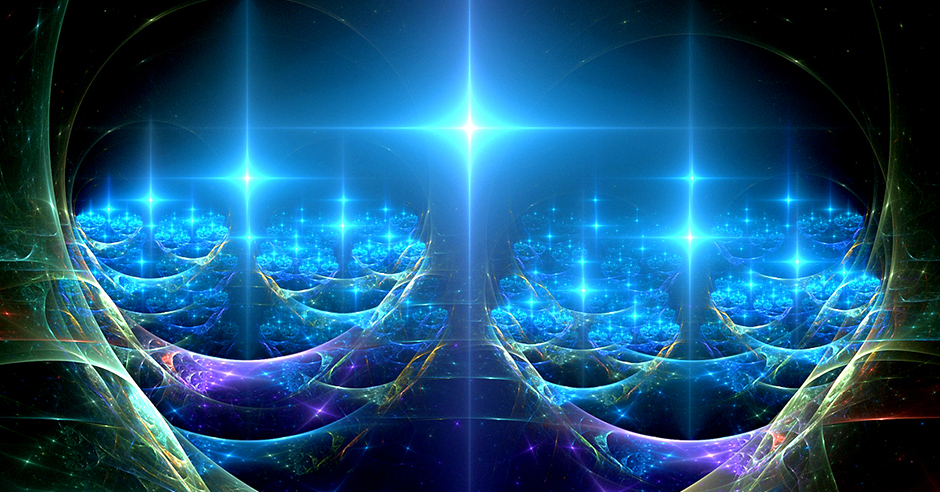 1.0150 As distinguished from skrruullerrtness, the Mechanism of slloogrentness (for the 3-4-dimensional diapason — holographousness) manifests as a universal property of infinite «Self-projection» (Self-propagation) of all types of Collective Cosmic Intelligences and Their Self-Consciousnesses Forms as «spheroidal» energoinformational Configurations into entire diversity of Energy-Information manifestations in the form of different-dimension structures of the Macrocosmos. This Principle allows each Self-Consciousness Form to use multipolarization (that is, simultaneously both differentiation and integration, evolution and involution) and «become projected» into the entire infinite set of the Macrocosmos’s Universums that duvuyllerrtly and diffuzgently carry out various Synthesis Scheme of the Pure Cosmic Qualities. Different Self-Consciousness Levels are structured by completely different Conceptions of the outer reality, because the slloogrent Energy-Information about objective Reality is resonationally «projected» into Self-Consciousness through different-qualitative subjective Perception systems of the Forms.

1.0151 Such «mutual projection of all in all» is possible because Energy-Plasma includes the Principle of duvuyllerrtness or regularity of any processes of different-qualitative transformations carried out through the Focus Dynamics of Forms: the infinite diversity of the Forms’ Configurations allows each Self-Consciousness, during each qualitative change of its Focus Dynamics, to subjectively fulfill the process of sequential and gradual Synthesis of Conceptions that structure this Self-Consciousness. This Principle reflects all «minutest» details of the common Scheme of absolute Synthesis of the Pure Cosmic Qualities in Energy-Plasma for a nominal Moment of Eternity of the Macrocosmos’s Existence. When the Focus Dynamics are carried out at any Level of Self-Consciousness, none of these «details» can be omitted, or replaced with another one — each «point» of resonational manifestation of a Form’s Configuration strictly corresponds to a definite synthetic stage of a fully completed and harmonized Process of the general slloogrent state of Energy-Plasma.

1.0152 You can also imagine duvuyllerrtness as a certain sequential series of events (actions, phenomena, circumstances, psychisms, and so on) that reflects changes in the quality of the Self-Consciousness’ Focus Dynamics. The specific character of manifestation of the Principle of Duvuyllerrtness directly depends on the inertia degree (quality) of SFUURMM-Forms with the help of which the Perception system’s Focus Dynamics are carried out — the higher inertia (that is, the lower the quality), the more duvuyllerrt events (regular sequential acts of resonational Synthesis) must happen in the information space of Self-Consciousness in order to achieve a desired goal (manifest it in the outer reality).

1.0153 Let me give you a demonstrative example with a luminescence lamp or with the formation of an image on the screen of a cathode ray tube. In fact, the lamp blinks 50 times per second owing to the alternating current frequency. However, we do not notice these blinks, and we have the illusion that the lamp provides constant and uniform light. The same phenomenon is observed on the screen of a cathode ray tube: the beam from the cathode-ray gun runs minimum 25 times per second over the whole surface of the screen, line by line, however, we do not notice this process either, instead, we just register the illusion of visual dynamics. Duvuyllerrtness is the mechanism of qualitative detailing of structural elements in every dimensional diapason; and, due to rotation Shifts, the mechanism allows to form a complete and convincing illusion of subjective Reality («individual existence») in different-qualitative Perception systems of different-type Self-Consciousnesses Forms.