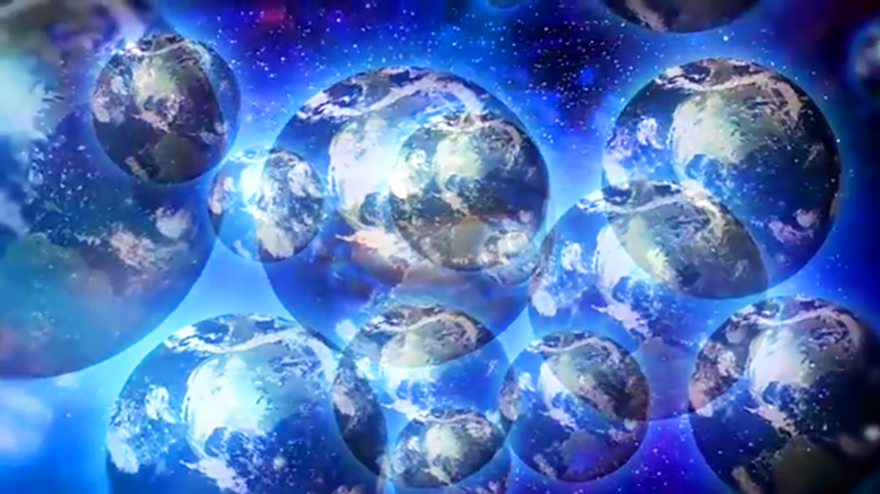 This is adopted English translations of Iissiidiology.Fundamentals. Volume 1

1.0028 The mechanism of manifestation of all objects from the outer reality in your Self-Consciousness information space is based on initial (real, but not the one you imagine!) existence of all possible versions (interpretations) of perceptible and imperceptible (to your subjective Perception) Forms and events simultaneously in all «points» of their different-qualitative manifestation in Space-Time. Simultaneity of this process is provided by such universal properties of any Self-Consciousness Form as slloogrentness* and multipolarization* of its Focus Dynamics. The presence of all these objective features of the multidimensional Existence of Collective Cosmic Intelligences in the Macrocosmos allows to consider a simultaneous-many-worlds manifestation mechanism of the reality which you individually perceive in the form of simultaneous multipolarization dynamics of an innumerable set of all possible development versions (scenarios) that are inertially-resonationally and narrowly-specifically manifested within the entire multidimensional slloogrentness of Space-Time through moment-by-moment choices of all Self-Consciousnesses Forms whose Configurations initially structure (that is, «encrust,» form on the basis of their typical qualitative state) the Macrocosmos’s slloogrentness.

1.0029 The entire diversity of subjective manifestations within your psychology includes such a specific state as intuition, feeling how a situation might happen, which often results in making spontaneous decisions in your Life, that is, you do something quite consciously, but without thinking about the reasons of your choice, and this may seem illogical or without any common sense to you or to somebody else. The energoinformational basis for making such intuitive decisions is that the birvulyart* structure of your outer Space-Time has an objective many-worlds Reality (that is, the one that consists of an infinite set of Worlds) that, owing to individual particularities of the Configuration of your manifestation Form, can be very vaguely reflected in the subjective Focus Dynamics of your Self-Consciousness, allowing to resonationally involve (into the selective dynamics of your Perception system) a limited number of already existing versions of possible development of events and Forms in the nearest «future,» and you observe them as «the only existing versions» in your subjective «now.»

* See details in subsection 12 of Axiomatic Conceptions of IISSIIDIOLOGY.

1.0030 Each World, as an individually reflected (in Space and in Time) part of characteristic Conceptions of a certain subjective Reality represents a very complex slloogrent Form-System formed by «mutual projections» of an infinite set of energoinformational interconnections simultaneously activated and established by the Focus Dynamics associated with Form-Creators from different-type Collective Cosmic Intelligences. Each such Worlds Form-System provides Self-Consciousnesses Forms that structure it with the possibility to inertially realize a certain Experience in the slloogrent structures of different-type Collective Cosmic Intelligences constantly involving (into the Focus Dynamics of their Form-Creators) additional energoinformational interconnections with Form-Creators from other types of Collective Cosmic Intelligences, which results in a partial union and an increase of creative compatibility between their focal Configurations.

1.0031 The main principles of formation of many-worlds perception: