Commentaries to Fundamentals. Immortality is accessible to everyone. Volume 10 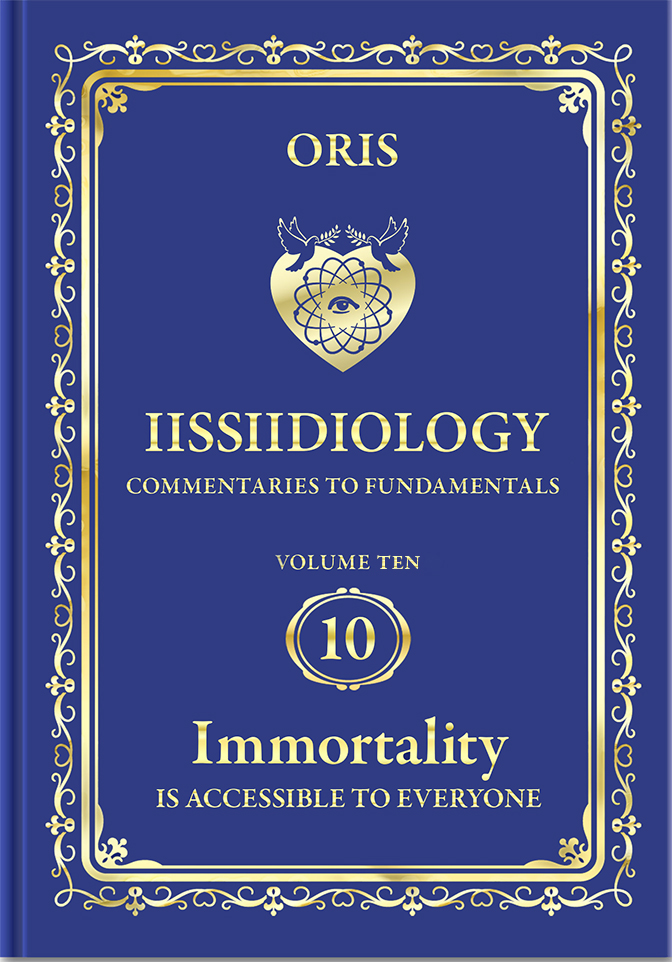 The first Chapter of Volume 10 describes the idea of genuine Immortality and tells about the necessity to transform one’s Consciousness. It also explains in detail in which Worlds and why the phenomenon of “Death” is needed, and how psychological states affect physiological Immortality. This Chapter shows the fundamental difference between our bodies of manifestation and those Self-Consciousness’ structures due to which we eternally perceive ourselves.

The second Chapter tells us what is Iissiidiology, for whom it is written, and states three postulates: there is always freedom in choosing a scenario of Life, All happens in one single moment, we simultaneously exist in many Worlds; it also tells the reader about the indigo generation, its role in the development of future society.

In the third Chapter, Oris uses the postulates to explain the multilevel and multiquality structure of our Self-Consciousnesses that can be manifested in different Time Flows (in our so-called “past” and “future” Lives) and in various dimensional diapasons. This Chapter also describes the deep initial interconnection between the entire World that exists eternally and us.

The fourth Chapter explains the notion of “rotation Cycles” from the level of personal Self-Consciousness to the levels of Worlds and Continuums. It provides a detailed description of the principles of refocusing in the Tertiary Energy-Plasma structure, as well as the principle according to which Realities, Worlds, Continuums, Conversums and Universums are formed, and there is also a brief description of the nine Levels of Self-Consciousness that connect us with GOOLGAMAA-A (the Soul-Aspect).

In the fifth Chapter, there is a full explanation of one of the postulates – the principle of many-world existence, and the conclusion based on it – each of us has virtually an infinite number of various Destinies manifested in different Worlds and quality conditions of development.